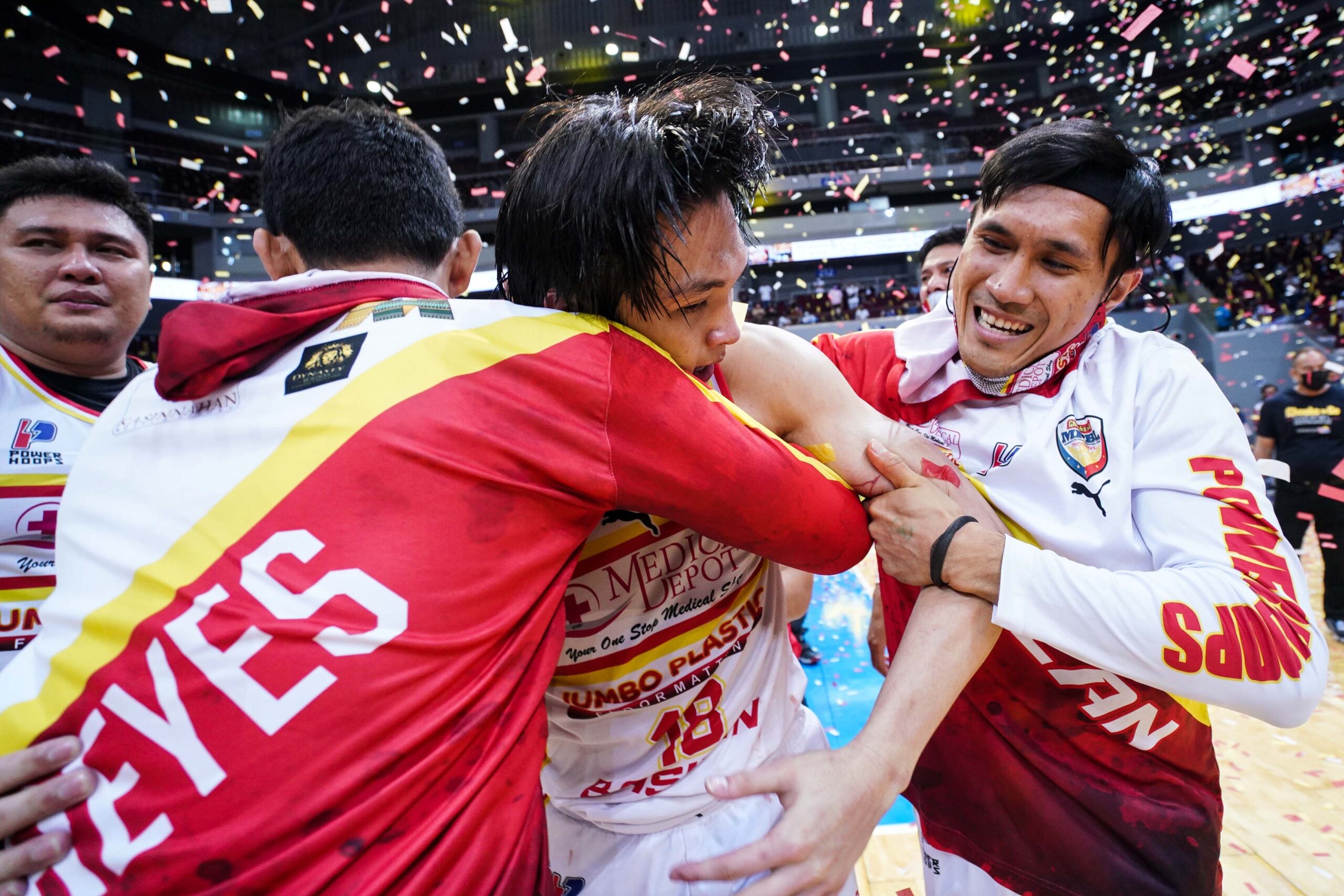 Philip Manalang proved that it’s not how you start, it’s how you finish. Manalang drained the P2-million overtime buzzer-beater, lifting Basilan-Jumbo Plastic Medical Depot to an 83-80 win over fancied Nueva Ecija in the Chooks-to-Go Maharlika Pilipinas Basketball League

Invitational powered by TM final, Thursday at the SM Mall of Asia Arena.
The product of University of the East, who was 0-of-8 prior, pulled the trigger from rainbow country with 1.9 seconds left to help Basilan claim the first-ever professional title of the MPBL.

Manalang, who was named the Finals MVP, also had six assists and two rebounds in 35 minutes and 59 seconds of action.

“For me, the win tonight is God-given,” said Basilan head coach Jerson Cabiltes, who also won the Ato Badolato Coach of the Tournament award.

“So talagang gusto naming makuha ‘to dahil yun nga, nine months ago we were in this situation and hindi kami napagbigyan and then ito pala yung balik na biyaya samin ng Panginoon,” he added.

Byron Villarias hit a huge triple in regulation to put the Rice Vanguards ahead, 74-73, with 26 seconds left. Michael Juico then earned a split on the line to send the game to an extension.

Encho Serrano finished with 15 points and nine rebounds while Juico and Jonathan Uyloan both had 15 markers as well.

Jay Collado scattered 15 points, seven assists, five rebounds, and two blocks while JR Taganas was a force inside the paint with 17 big rebounds to go along with nine points.

On the other hand, tournament MVP Michael Mabulac collected 24 points and 11 rebounds in a losing effort for the Rice Vanguards.

Nueva Ecija lost a crucial piece in Chris Bitoon, who got injured during the 3:43 in the third quarter.

Basilan topped Pool B with a perfect 4-0 record. Then, the team took out Mindoro-EOG Burlington in the quarterfinals before escaping Pasig in the semis.

foodpanda to deliver P6M in goods to Odette-hit communities, riders