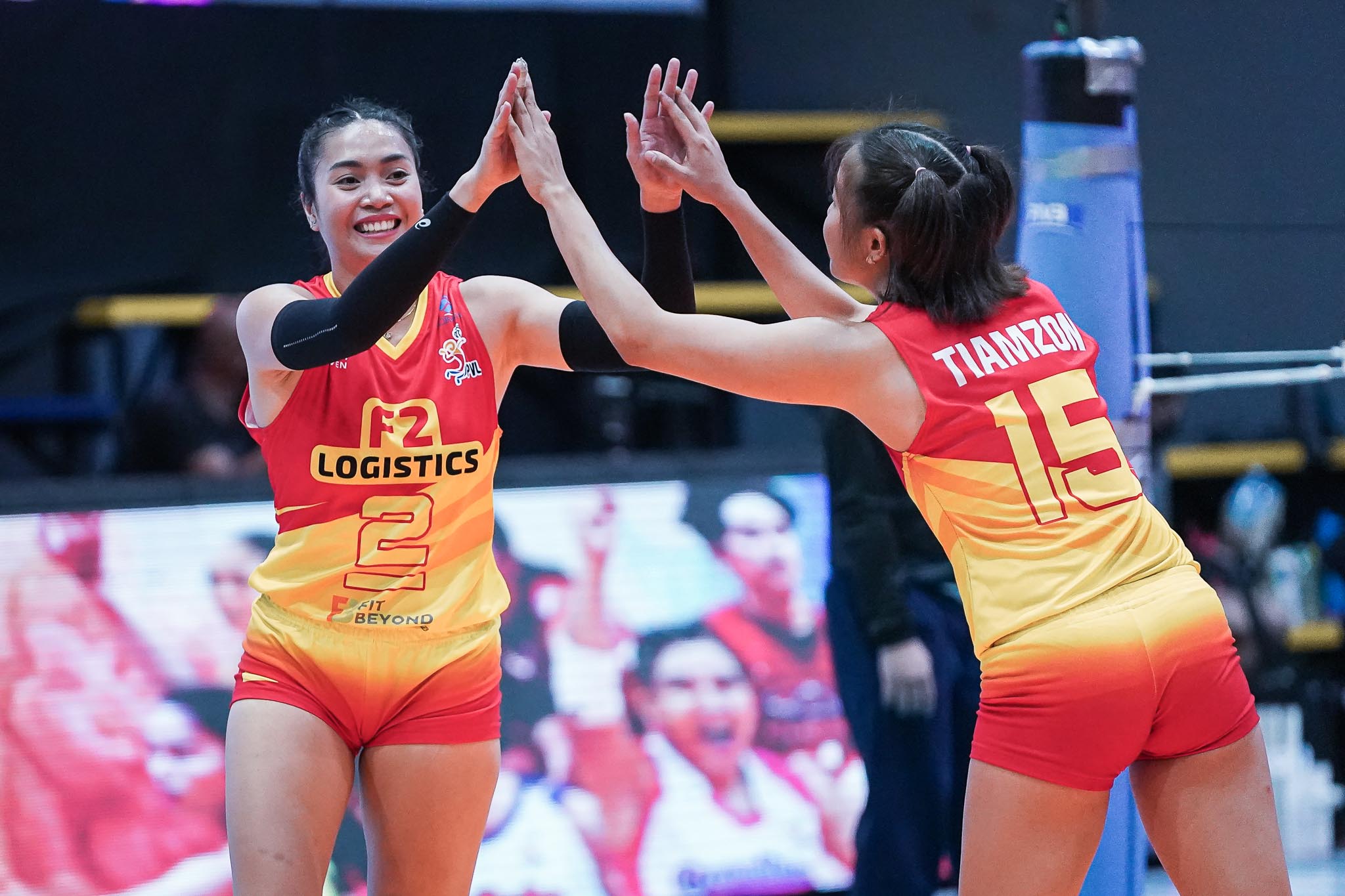 Dragged into an extended duel, F2 Logistics launched its Premier Volleyball League debut with a kind of smashing start expected from a talent-laden, champion squad, beating Black Mamba Army, 25-15, 25-18, 21-25, 25-22, to set the tone in the Open Conference at the Paco Arena Events and Sports Center in Manila yesterday.

The Cargo Movers shook off the rust of nearly four months of inactivity, putting up a performance that proved enough to outhustle and dominate an Army side that failed to sustain its big third set fightback behind veteran Honey Royse Tubino.
“We just held on, it’s our first game so, we’re trying to feel our way around,” said Benson Bocboc, the designated head coach of F2 Logistics with former mentor Ramil de Jesus listed as the team consultant. “Everyone is still building that (team) connection.”

The Cargo Movers, who had to delay their keenly awaited PVL debut in the league’s pro inaugurals last year due to player injuries, imposed their power and will early to sweep the first two sets in emphatic fashion.

But the Lady Troopers came out of the third set an organized lot with Tubino anchoring their gutsy stand by going 9-of-20 on attacks, the last giving the Troopers a 23-21 cushion before an F2 net violation and a play miscue sent the match into a fourth set.

Army kept the game close in the ensuing frame but the Cargo Movers unleashed a strong finishing kick to frustrate their rivals and complete their one-hour, 44-minute victory in Group A play of the short, month-long tournament organized by Sports Vision.

Kim Dy fired 20 hits, including four blocks, while Ara Galang, Majoy Baron and skipper Aby Maraño backed her up with a combined 30-point output, and playmaker Iris Tonelada produced 27 of the team’s 32 excellent sets to help anchor the victory.

But it was veteran Tubino who stood out in their losing stand, producing the lone double-digit output of 18 hits with new recruit Mich Morente adding nine points and seasoned MJ Balse-Pabayo and Jeanette Villareal chipping in six hits apiece.

Army actually had more attacks – 48, seven more than F2, but the Cargo Movers dominated the net on defense, coming through with 10 blocks, with Dy and Maraño combining for seven, against their rivals’ one, courtesy of Villareal.

F2 also scored six aces against none by Army.

Creamline and Petro Gazz, on the other hand, seek to likewise get to a strong start as they take on PLDT and BaliPure, respectively, today (Thursday) in the second of the grueling grind of the second season of the pro league, compressed to a four-week tournament to make way for the training of the national squad vying in the Southeast Asian Games in Hanoi in May.

The Cool Smashers, out to reclaim the crown with an intact roster, face the PLDT High Speed Hitters at 6 p.m. following the 3 p.m. encounter between the Angels and the Purest Water Defenders.

The power of Google Search in decoding decisions