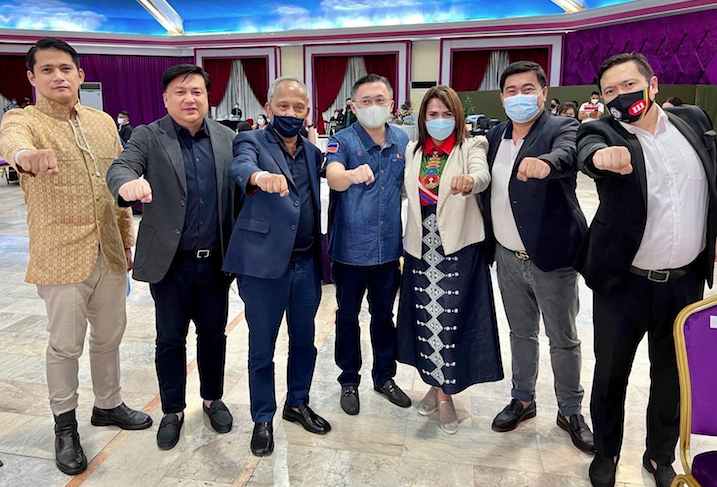 “We, the Frontliners Ang Bida Partylist, are so happy and supportive of the gesture shown by PDP-Laban President Alfonso Cusi for extending his hand to the other faction after that COMELEC’s decision,” Joson said, adding that the PDP-Laban is very supportive of the millions of frontliners around the country.

Joson, one of the three partylist endorsed by PDP-Laban, also asked the other PDP faction to forget past bickerings because it is now time to reunite for the people based on the party’s political mandate.

He added the ultimate goal of PDP-Laban and the Frontliners Ang Bida Partylist #111 is to continue all the programs, services and advocacies of President Rodrigo Roa Duterte.

“PDP-Laban is everywhere helping and empowering the people. We are very glad to be part of this legitimate PDP-Laban of Sec. Al Cusi, Sen. Bong Go and President Rodrigo Duterte who are known for being men of few words but more of being action men,” Joson said.

“We really admire their political will and stance, that’s why we’re really inspired to help all the frontliners by praying to be their voice in congress soon,” the former actor producer added.

“If we’re genuine of what we’re fighting for, I think this is the time to rejoin us and set aside vested interests,” Joson continued.

Cusi, the Secretary of Energy, has extended his hand to the faction of Senator Koko Pimentel after the COMELEC’s verdict.

“We invite Senator Koko Pimentel to meet us. We invite him to take a step back and not to be emotional. Let’s unite for the sake of PDP-Laban. Let’s make the party stronger than ever,” Cusi said.

“We are asking him to stop issuing inflammatory statements. We have worked together in the past so we can work together again for the future,” he added.

The PDP-Laban has the unwavering support of its more than 100,000 members nationwide and the loyalty of more than 5,384 incumbent officials and candidates, whom Cusi thanked for standing beside them during difficult times.

The other partylists supported and endorsed by the country’s most dominant majority PDP-Laban party are AKO OFW #10 and SANDUGO #77.

The Frontliners will be vying for one of the 63 seats in the House of Representatives to pursue filing a bill on double hazard pay, tax-free allowance, free insurance policies for all the frontliners and the abolishment of the ‘no-work, no-pay; policy for sick frontliners.