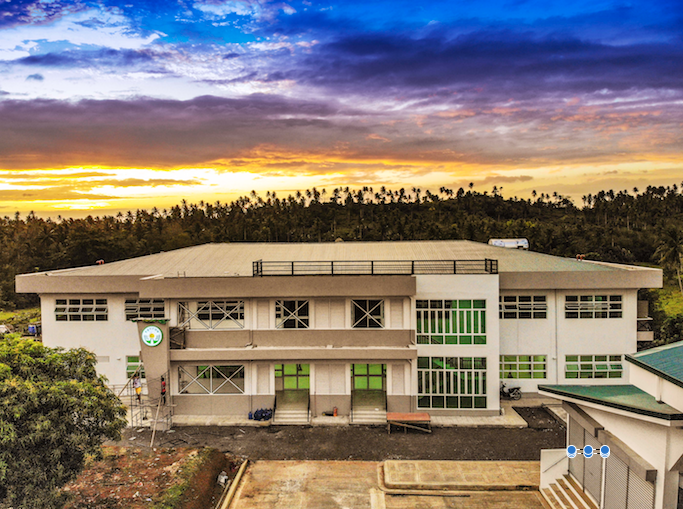 A year after the Philippine Amusement and Gaming Corporation (PAGCOR) bankrolled its Multi-Purpose Evacuation Center (MPEC) projects in the typhoon-prone Bicol Region, the city of Legazpi in Albay and the town of Sagñay in Camarines Sur became the first project recipients to finally complete the construction of two-storey MPEC structures.

Each MPEC worth P50 million has provision for kitchen, toilet and shower rooms for male and female, lactating rooms for nursing mothers, and a spacious badminton-court type area that may be used for sports events, trainings and other purposes when these are not being used as evacuation facilities.

PAGCOR President and COO Alfredo Lim, who graced the inauguration of both newly-built MPECs lauded the recipient LGUs for “completing the projects in record time.”

“Last year, we came here to initially fund the MPECs to be constructed in this place. Now, we are doubly happy as we see the completion of these evacuation center projects, which strictly followed the specifications set by PAGCOR. This achievement simply shows the competence, reliability and efficiency of our partner LGUs,” he added.

Lim explained that PAGCOR committed to build sturdy evacuation centers that are stronger than the typhoons so that more families in calamity-prone areas would have a better, more comfortable, and more typhoon-resilient place to stay in times of disasters.

PAGCOR Chairman and CEO Andrea Domingo also congratulated the local governments of Legazpi and Sagñay for their dedication to immediately finish the projects, in spite of the ongoing pandemic.

Aside from the inauguration of the MPECs in Legazpi City and Sagñay, PAGCOR also led the groundbreaking of the two-storey evacuation center in Brgy.Tagongtong, Goa, Camarines Sur. Said facility also has P50 million funding from PAGCOR.

To date, the state-run gaming firm has already released a total of P1.635 billion for the construction of 67 MPECs in various parts of the country. #