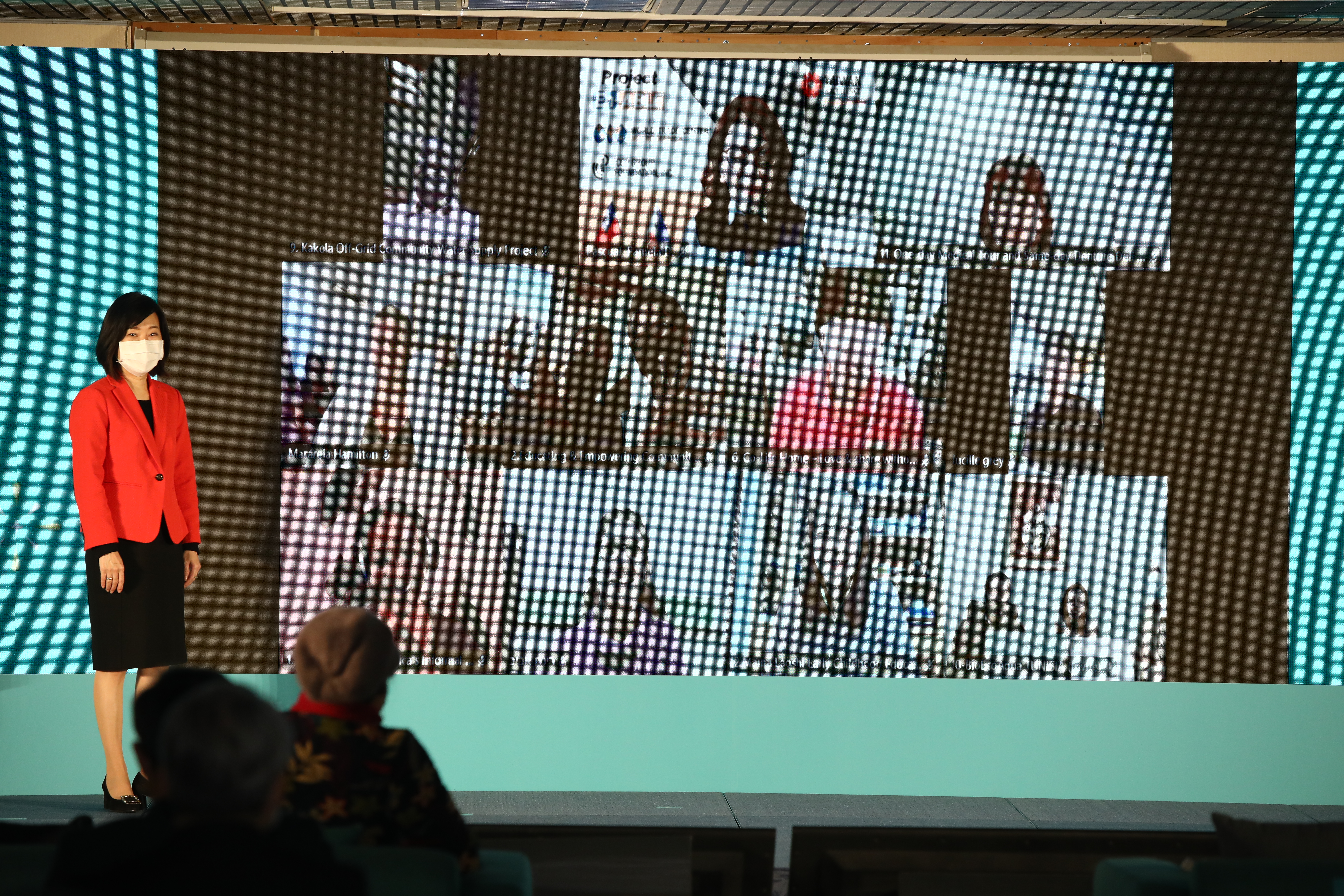 TAIWAN Excellence: Sharing is Caring, a global philanthropic Campaign launched by Taiwan’s Bureau of Foreign Trade, Ministry of Economic Affairs announced the top three winning proposals recently, led by Educating and Empowering the Community through Mobile Kart from the Philippines.

The BOFT said that the winning proposals would be funded and implemented according to how they plan out in the proposed region/country, hoping to promote kindness and good deeds in the local communities.

With the support from the industry, Sharing is Caring that was held for the first time has recruited ideas from all over the world that incorporate Taiwan Excellence winning products to address either social or environmental problems.

It was a pleasant surprise for the organizer that a total of 781 proposals from 61 countries poured in, and the best of all was finally out after careful and thoughtful selection.

Director General Kiang was excited to see that so much could be achieved and so many people participated for the first year of the campaign.

“We could feel that love and care are everywhere in the world,” emphasized by Kiang. “At the same time, the Taiwan Excellence winning companies will continue to spare no efforts in pushing forward the UN Sustainable Development Goals (SDGs) via the Campaign.”

Marareia Hamilton, one of the team members of the winning proposal ‘Solar Solutions for Indigenous Māori Communities’ from New Zealand, has long been devoted to the development of Māori communities and helped establish workable business models for the locals.

As many of the communities are located in the remote areas, the power supply might be on and off due to grid stability issues.

Thus the team has proposed to install solar panels from Taiwan and to build a self-sustaining green energy power generation system within the communities.

Marareia expressed her special thanks to Taiwanese Excellence during the ceremony for lighting up the Māori communities, and for bringing Taiwan and New Zealand closer.

In addition to the winning proposals, ‘Educating and Empowering the Community through Mobile Kart’ from the Philippines is to narrow education divide between the remote villages and cities while enhancing environmental protection.

The winning team put together a mobile classroom – a kart powered by solar panels and equipped with laptops and internet, so that children in the remote areas can learn how to use computers and get connected to new things.

The proposer Jonathan J. Cartilla thanked the Campaign for this opportunity to promote education in the rural areas. With the mobile kart, a classroom regardless of distance could no longer be a dream.

Another winning proposal is from Taiwan: ‘One-day Medical Tour and Same-day Denture Delivery – Mobile Digital Denture Clinic & Oral Health Service Project’ that sets out to care for health and well-being of the elderly people in the rural areas with a mobile medical vehicle full of dental care devices for measuring biodata.

The proposer Ms. Danielle Chen pointed out that quality of their healthcare services is guaranteed by using Taiwan Excellence winning products, while the car brings the good will of Taiwan Excellence to some of the farthest and remote corners of Taiwan.

The event also came with a lucky draw for those who predicted the winners. People are invited to predict and vote for the winning proposals online.

During the event, Director General Kiang revealed three winners who voted for the right proposals and could have prizes worthy of NT$50,000.

One of the members from the selection panel, professor Chu Jou-Juo felt impressed with how well-intentioned all the proposals are.

But if one need to stand out as a winning proposal, a mere creative philanthropic idea is not enough. Feasibility and practicality should also be taken into consideration, so that a good idea can be turned into actions. It is also hoped more companies can come on board and fulfill their corporate social responsibility.