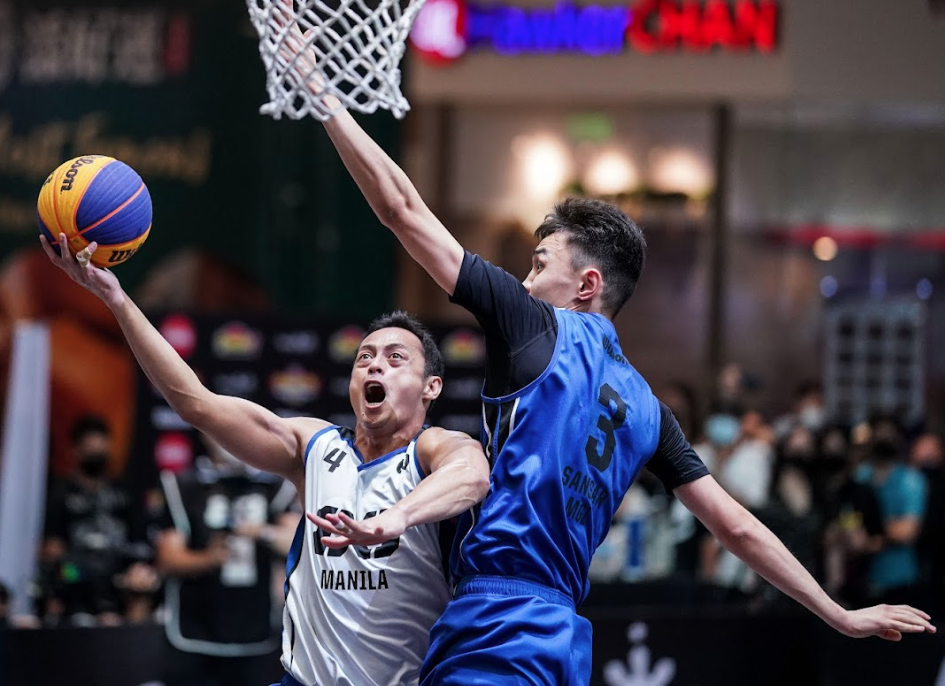 Philippine teams failed to make it past the quarterfinals of the 2022 Chooks-to-Go FIBA 3×3 World Tour Manila Masters, Sunday at Ayala Malls Manila Bay.

Manila Chooks and Cebu Chooks bowed out of the playoffs’ opening round one after the other after suffering crushing losses to more experienced units.

Of the two, Manila had the best chance of reaching the semifinals, but its failure to protect the lead proved costly. It actually led by four approaching the midway mark, but the Mongolian crew found the mark from the outside.

Anand Ariunbold nailed back-to-back two-pointers to power a 7-0 run, and the game turned around in their favor which led to the hosts’ demise.

Henry Iloka top-scored for Manila with seven points and seven rebounds. Chico Lanete made four, as Ken Holmqvist added three in the loss.

But while Manila put up a fight, the same could not be said with Cebu, who was totally outplayed by one of the best 3×3 teams in the world.

Mac Tallo and Zach Huang still tried to get their side back late in the match, but it was a wall too insurmountable. The two finished with four points each.

Mihailo Vasic and marksman Nebojsa Kilijian took turns in making life difficult for the home team as they had eight and seven points for Liman, respectively.

Liman will take on Sansar in the knockout semis, where the other bracket will see world no. 1 Ub Huishan NE locks horns with Melbourne. The champion of the maximum level tournament will take home $40,000 (P2,093,000).