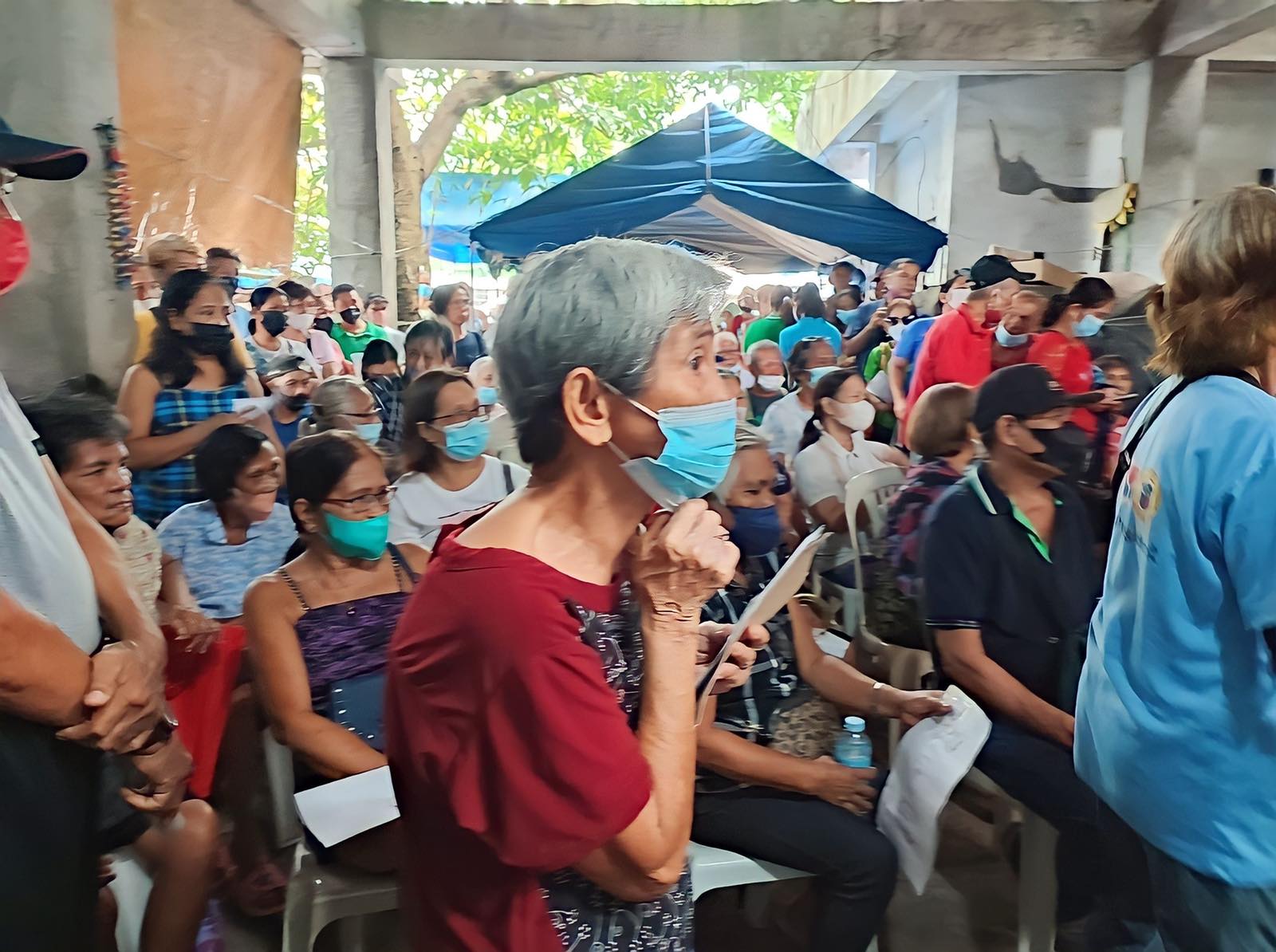 A group of senior citizens in Albay province has joined the crusade to protect the people’s vote and called for a continuous fight against illegal quarrying in the province.

The elderly sector formed part of the 25,000 supporters in the prayer rally called “Dasal para kay Rosal” over the weekend at the Peñaranda Park in Legazpi, an activity held in support of embattled Albay Gov. Noel Rosal.

Selma Bahoy, 68, a member of Legazpi City’s Senior Citizens Organization, spoke on behalf of her fellow seniors as she raved about the beauty of Albay — along with the iconic Mayon Volcano — during their early years.

But due to numerous illegal quarrying activities the past decade, massive lahar flooding has wreaked havoc in the province, triggering mudslides and landslides along Mayon’s slopes that resulted in numerous deaths.

“We are against illegal quarrying and that’s really one of the campaigns of our Governor Rosal. That’s why we voted for him,” said Bahoy, a former parole and probation officer of the Department of Justice in Legazpi City.

Rosal was disqualified by the Commission on Elections last month for violating the 45-day ban on the release of public funds by government agencies for social welfare projects, particularly the approval of cash assistance to tricycle drivers in April.

“This is politically motivated because of their campaign against illegal quarrying. Let’s stop playing politics here in Albay, we know who you are. We are in good governance already under the leadership of the Rosals. Please leave us,” added Bahoy.

Under Rosal’s leadership since being elected last May, Bahoy said Rosal is doing his best to regulate quarrying activities in the province to avoid typhoon-caused catastrophes.

Bahoy also pointed to two unfinished P2.1 billion flood control pumping stations located in Barangays Victory Village and San Roque as the cause of massive flooding around the area.

“We’re asking for help from the Department of Public Works and Highways (DPWH) to investigate those pumping stations that are not still operational. It’s already a long overdue problem here in Legazpi,” Bahoy added.

“We are hoping the DPWH will help us. We know who are behind these projects.”

“They are really down-to-earth people and they are good with us. At the same time, the people have spoken already that they really wanted the Rosals,” she said. “All they [detractors] just can do is wait for three years.”

Geraldine Rosal was also disqualified by the Comelec for the same violation as her husband’s.

The Rosals have already filed a motion for reconsideration to appeal the poll body’s decision.

Back to school, back to sports with MILO Philippines