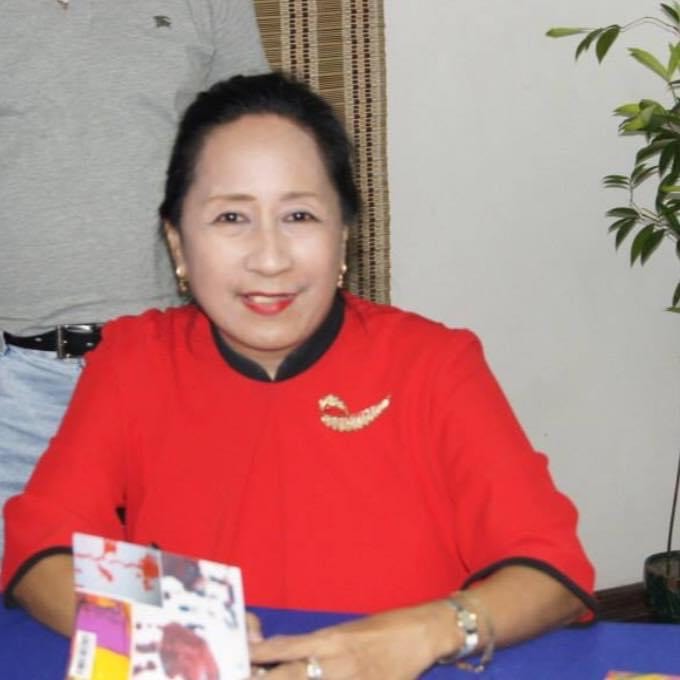 SUB ROSA: The Crucifix of a Poet and other Poems is a collection of written works by Maria Linda Hanihara, an award-winning creative writer, editor, lawyer, wife and a devoted mother to her special child, Mina Ellen.

Launched recently via online, the poetry book is the author’s open vault containing a compilation of her thoughts, feelings and experiences about her personal life, and more importantly, her journey with her daughter.

First printed in May 2014, Sub Rosa features poems she has written over a span of several years that the poet had kept to herself.  For Linda then, writing was more of a hobby while she pursued other fields of study, but her brilliance with the pen shined through even without the grind.

“Writing has always been her life’s passion. She would write poems everywhere she goes, especially when she’s travelling,” according to Milagros F. Viernes, Linda’s sister.

But admittedly, she was “on a mission to undermine her gift” and never got around to compiling her works to the least- of the many poems scribbled on the pages of her notebooks, pad papers, diaries and others, much less to have it published as a collection. It was only through her sister Milagros F. Viernes’ encouragement that made her come up with a book.

“The collection gives a picture of a woman who is intelligent, very emotional and passionate, and very hurt. Frailty and strength mix in her like soda and gin, though her strength is usually a front and takes more force with each betrayal and searing disappointments in her love affairs, whether romantic or otherwise… (Sub Rosa) is interesting for the stuff in it,” wrote Filipino poet Ricardo de Ungria.

Assistant Professor Rosella Torrecampo, one of Linda’s friends, has this to say, “National Artist Francisco Arcellana always said that we can only write about what we know. That is material. But what it is we do to what we know, to turn it into narratives, poetry, drama or any other discourse so far removed from what it is, so these can be what is possible or can be imagined, that is where the magic, akin to omnipotent power that gave rise to creation, gets to be wielded and perfected. Such is the writer’s craft. Such was Linda’s work.”

“SUB ROSA is my offering to appease the past and inspire the future. I recognize the certainties only divine intervention can change. I now embrace tomorrow and accept all the little surprises God has in store for me. I am beginning to really live,” shares Linda and she did live life to the fullest. The second printing of Sub Rosa in June 2017 was dedicated to her passing after she succumbed to breast cancer in 2016.

At a time when social media has become the source of daily buzz and everywhere hype, soulful and poetic people tend to crave for some literary pieces that would speak their minds and feed their inner being; some kind of literary pieces, with old charm just like that of Edgar Allan Poe’s.

For readers with discerning tastes, the poet has a compilation of unique and classical pieces of poems based on her life’s musings; poems that fire up readers to think deeply of her pains and the angst, and to join in the revelry of her triumphs.

As readers would decipher from her pieces, Linda’s success in life is one wherein the author depicts her loneliness and yearning while caring for her special child. Amidst that, she carried on with her life in gratitude and in God’s grace. Mina Ellen Felipe-Hanihara was born in Chicago, Illinois in 1994. A special child who can not speak or talk, she had her first solo exhibition entitled “LET US BLEND AND BREW, THREE IN ONE FOR KALIKASAN in 2017, sponsored by the Department of Environment and Natural Resources in celebration of the National Disability Prevention and Rehabilitation Week. Featured were 13 beautiful paintings of trees, mountains, flowers and the environment among others. In 2019, she had her 2nd solo exhibition dubbed “September to Remember” again at the DENR where a total of 13 acrylic painting on canvass were displayed at the Biodiversity Management Bureau, Ninoy Aquino Parks and Wildlife under the leadership of Ms. Julie Gorospe-Ibuan, Chief of the Stakeholders Management and Conflict Resolution Division. Mina’s paintings were also exhibited at the Philippine Consulate in Frankfurt, Germany. The exhibition was titled Art Beyond the Spectrum of a Girl with Autism.

In between chapters, readers will also find some of the artworks of accomplished painter and the poet’s daughter, Mina Ellen.

SUB ROSA is available only in Amazon.  Please click  https://www.amazon.com/Sub-Rosa-Crucifix-Other-Poems-ebook/dp/B09K37YHXW

Maria Linda Felipe-Hanihara finished her Bachelor of Arts, major in English (Cum Laude) and Bachelor of Laws at the University of the Philippines in Diliman. She has an M.A. in International Relations, major in International Politics, from the University of Japan. She attended both the UP Summer Writers Workshop and the Silliman University Writers Workshop in the late 70s. After a brief stint at the Bureau of Internal Revenue and the Office of the Solicitor General, she was based abroad and worked for The Japan Times, a major English daily, as an International Desk and People Page editor and writer/contributor.

She was awarded an Accomplishment of Merit for the outstanding literary piece “Flowers” in the book, Inspirations in Ink.

Introducing Geiko, the young artist, who created a song out of her love for Shopee

Be a glow-getter, glow better with Mestiza 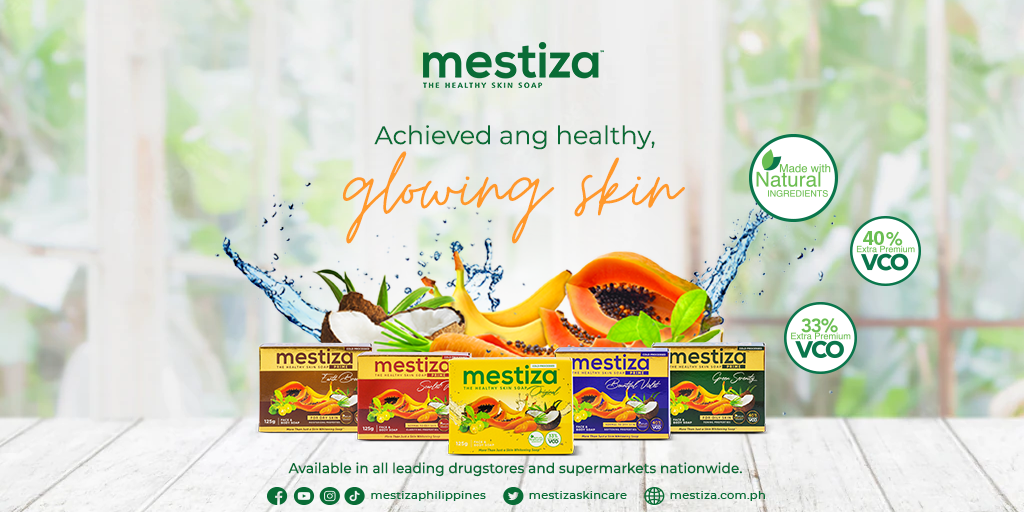 It’s not every day that we feel beautiful and sometimes It’s difficult to feel attractive without the “glow”, that radiance from healthy glowing skin.

When you have good skin, your confidence also improves since you feel in charge of everything – your image, health, and body.

Time to start lighting that spark of confidence and take charge of your glow, through skincare!

Proper skin care can go a long way in improving your overall beauty, it can also affect your self-confidence.

Don’t worry because we know the secret to boosting that confidence to its highest level by making your skin healthy and glowing, say hello to Mestiza!

This wonder soap has long understood the connection between healthy glowing skin and self-confidence and since the skin is connected to self-confidence, having beautiful skin can make one live a more lively, colorful, and confident life!

Mestiza uses the natural benefits of carrots, calamansi, banana, papaya, and extra premium virgin coconut oil to improve the health of your skin and leave it moisturized, clean and healthy.

Each ingredient nourishes and replenishes your skin, improving the look and feel of your skin. The same nutrients you get from fruits and vegetables can also nourish your skin when applied topically and it is important to nourish our skin with vitamins, minerals, and antioxidants to constantly make it look more vibrant and healthy.

Knowing you are doing the best for your skin will help with your self-confidence, and help create your glow so you can face every challenge in this world!

Know your skin type and use this healthy soap and you can finally say —— Gandang mestiza, Kutis Mestiza! 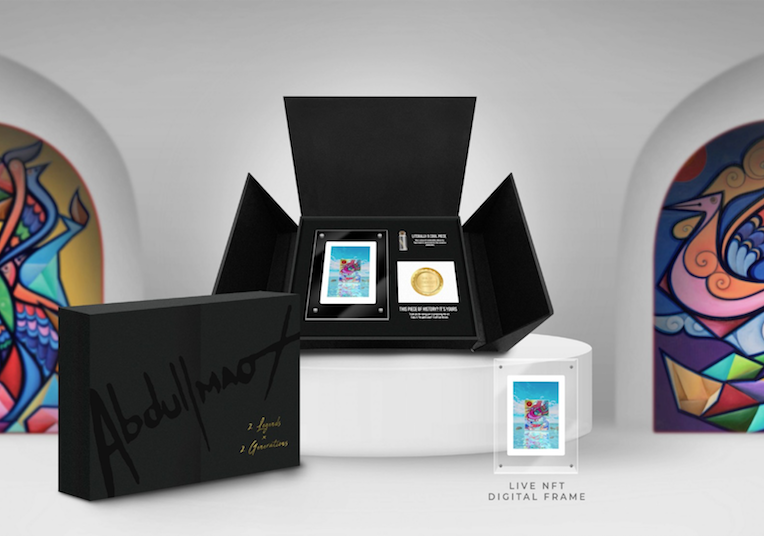 Scarletbox.io aims to bridge the generations of arts and culture into the NFT space with their 2 Legends x 2 Generations drop. This drop features the artworks from the National Artists merged with the art style of their second generation with added animation and music.

What makes this drop special is that these national artists have been sold in auction houses locally and worldwide like Sotheby’s or Christines and are highly respected for their craft. Jose Joya’s record sale for a painting is US $2.2 million.

All artworks dropped are One-of-Ones with historical value and story. Each artwork is different from each other, with beautiful animation.

It’s a collaboration of two generations of artists in one work, all of whom have decades of respected reputation.

It’s the first memento of these four artists to enter the metaverse with their first NFT, truly a special once-in-a-lifetime moment. There is a lot of value in one’s first entry.

Each Founder’s NFT comes with a Limited Edition Collectible Box. It has a live Digital Frame, a vial with a token from the artist, and a certificate of Authenticity. One can now shout out and display his/her animated NFT at home or at work. It’s perfect as a gift to someone special.

This is the only time a Founder’s NFT will be released by Scarletbox. It allows whitelist access to all future drops at a discount. A whitelist is a special privilege to mint ahead of others at a special price.

Now is that chance to own a piece of history.

After a successful over-subscribed Private Sale, Scarletbox now opens its Founder’s NFT sale to everyone in a Soft Public Sale. One just needs to create an account at www.scarletbox.io to be able to purchase. Scarletbox accepts both fiat (peso/USD) and eth. For first timers, Scarletbox is the right place to start learning about NFTs. Its team has helped onboard many first-time happy NFT collectors. 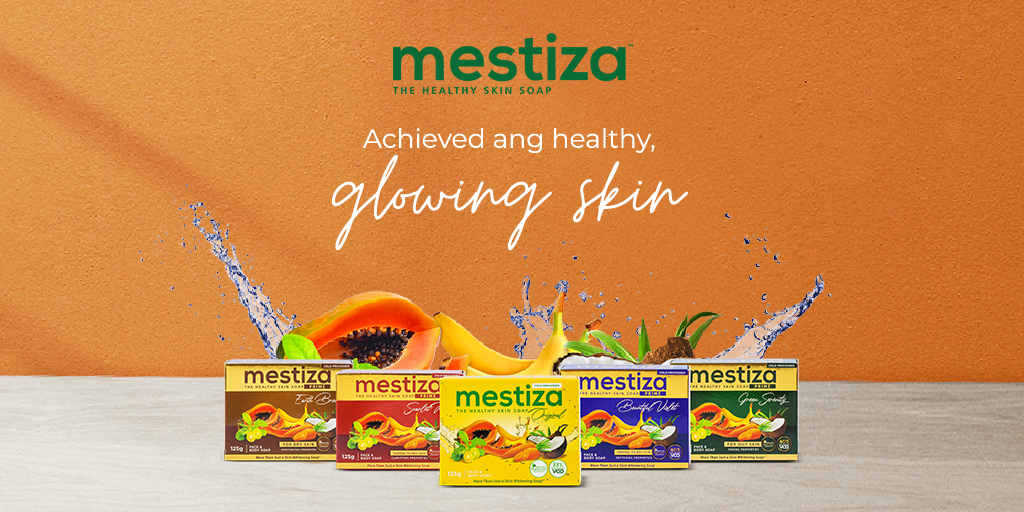 Mestiza has been in the business of making the skin of every woman, in different walks of life glow with confidence. The secret lies in the formula of their healthy skin soap, with varieties for all skin types.

We know that everything we put on our skin quickly absorbs into our bodies, so Mestiza sourced the finest raw natural ingredients the Philippines has to offer, with ingredients ranging from calamansi, papaya, banana, carrots, and VCO.

The soap contains the combined essential vitamins and health benefits of the said components to restore the skin’ optimum health making it look glowing, making you feel confident.

Among these ingredients, VCO is considered the star.

The lauric acid found in coconut oil has antimicrobial properties, which can help kill bacteria on the skin and reduce inflammation.

Additionally, VCO contains high levels of linoleic acid, an unsaturated omega-6 fatty acid that can be used as an emollient and skin soother.

Mestiza contains the highest level of VCO in the market with 33% on their original soap while 40% on the prime variants which cater to different skin types.

Here are the benefits of VCO on the skin:

Reduces the appearance of lines

It moisturizes and smoothes the skin

Mestiza wanted to share these truly amazing natural ingredients in soap form for your skin to look healthy and glowing. For you to feel best, you need to feel confident.