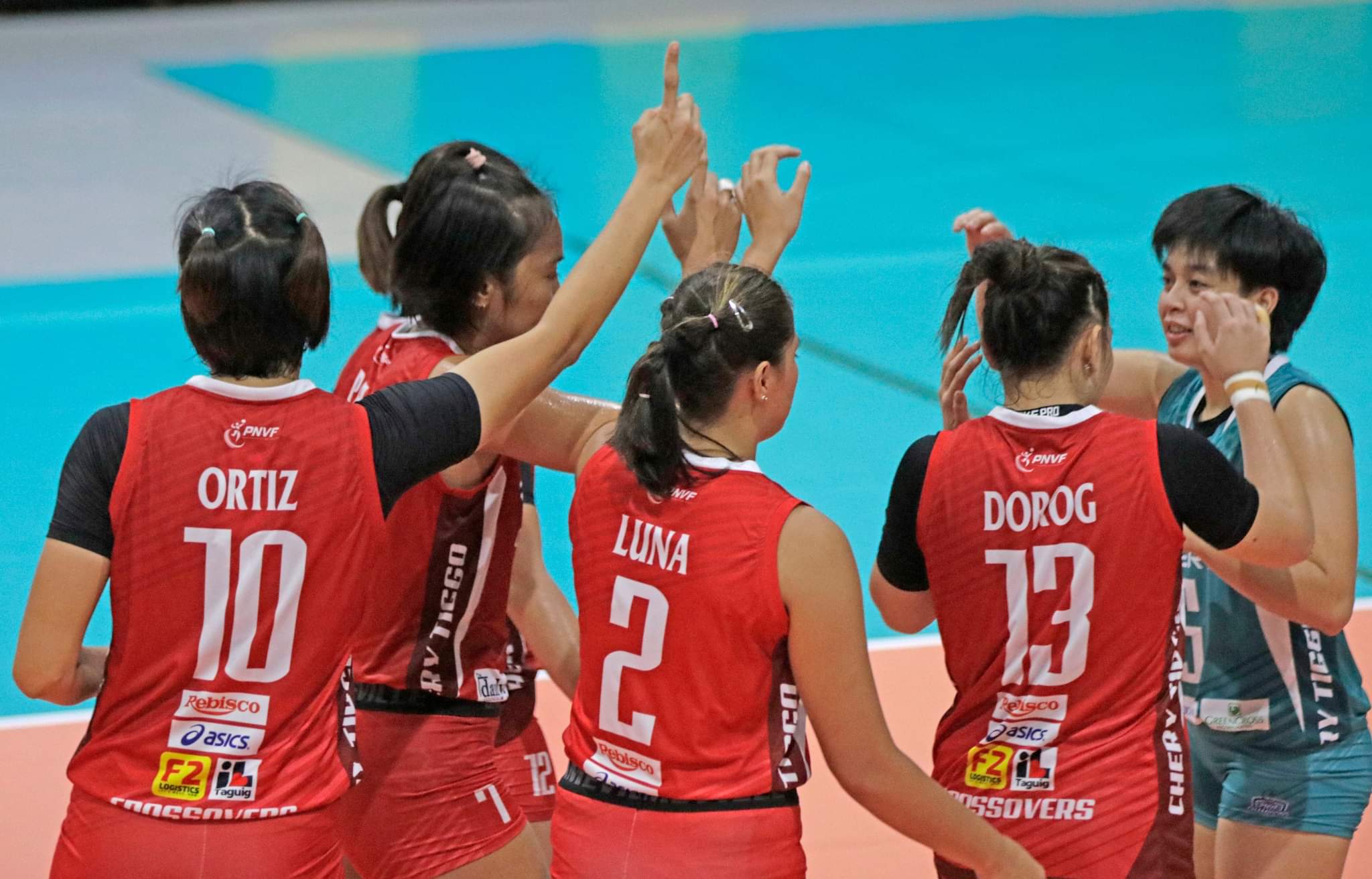 The Chery Tiggo Crossovers live up to their billing.

THE Chery Tiggo Crossovers live up to their billing. City—Chery Tiggo set in motion its bid for a sweep of this year’s club championships with a 25-22, 20-25, 25-14, 25-23 conquest of the Tuguegarao-Perlas Spikers in the Philippine National Volleyball Federation Champions League on Saturday at the Aquamarine Recreational Center here.

Under a round-robin format where every set and every point count, coach Aaron Velez pressed his Crossovers to work double time if they want to achieve their ultimate goal of becoming the inaugural queens of the Champions League.

Dindin Santiago-Manabat, who took the leadership mantle from her younger sister Jaja who is currently playing in the Japan V.League, knows that her team needs to elevate its level of play as the competition goes on.

“Sa sobrang excitement, hindi agad nagawa ang trabaho namin. Sa mga na-training namin in the past few days, may nagawa kami sa sobrang excitement namin, nara-rattle kami,” said Manabat, who led Chery Tiggo with 17 points. “Marami pa kaming kailangang pag-aralan pa,”
Mylene Paat, who like Manabat is also a part of the national team, contributed 11 points, including two blocks, while libero Buding Duremdes had 14 digs and 18 receptions for the Crossovers.
Velez, who praised the Perlas Spikers for pushing them, is looking forward to Chery Tiggo to play better when it takes on PetroGazz, which topped Baguio in straight sets, at 4 p.m. Sunday.

“Makita ko lang ang hard work in every player of the team. By just working hard, it is already a blessing. Now the reward will just come if we just push harder,” said Velez, who will face his close friend coach Arnold Laniog in the crucial match.

“They (Angels) are also a champion team. We have just to prepare. We have to rest today and tomorrow, we will gonna fight,” he added.