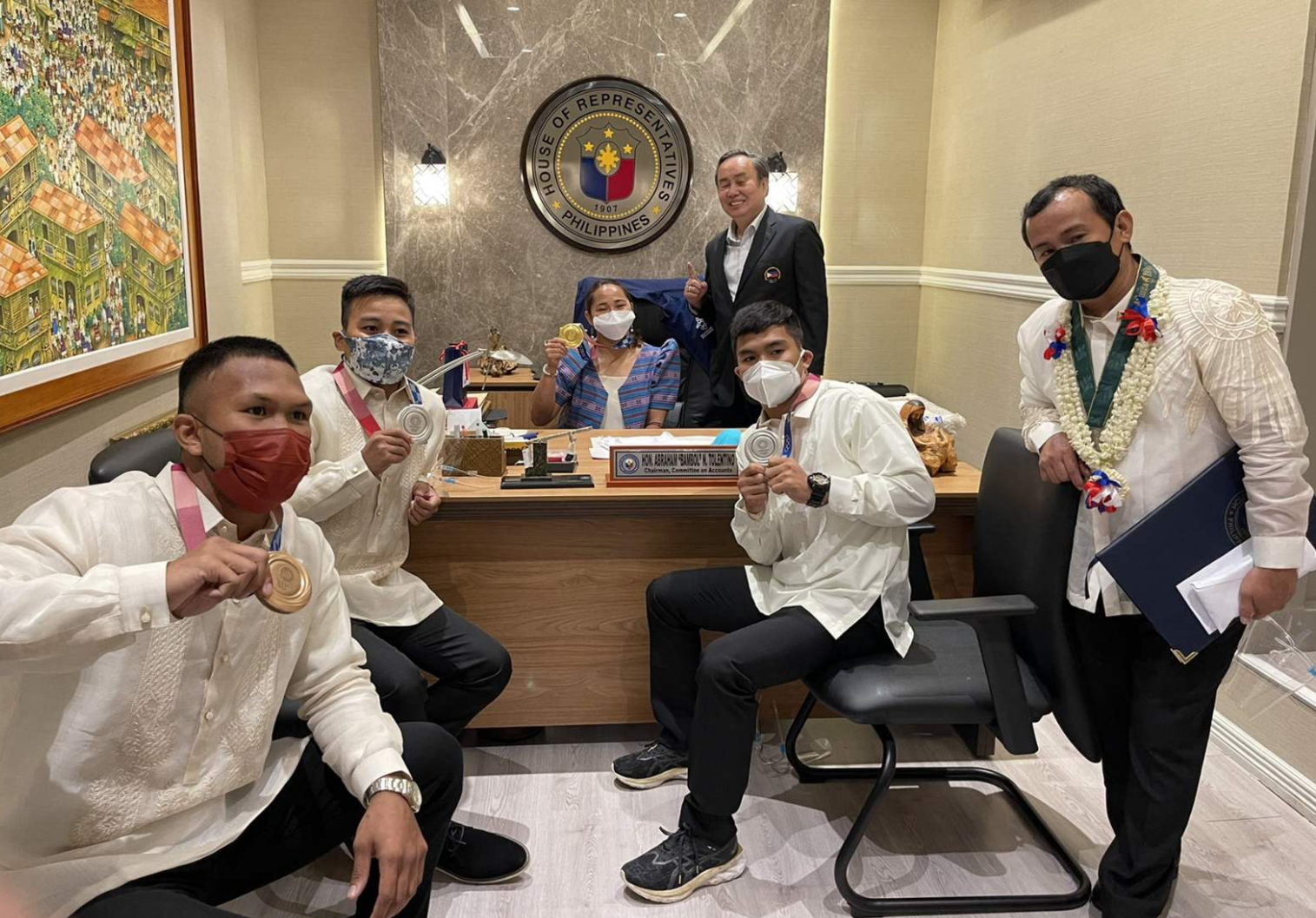 OLYMPIC gold medalist Hidilyn Diaz will be at the forefront of the 13-man Philippine weightlifting team eyeing at least four to five gold medals in the 31st Southeast Asian Games in Hanoi, Vietnam next month.

The 31-year-old Diaz is going to defend her gold in the women’s 55-kg class, and is considered by Samahang Weightlifting ng Pilipinas president Monico Puentevella as the top bet of the Filipino weightlifters aiming to surpass the two gold medals they won during the 2019 edition of the biennial showcase here in the country.

Puentevella said in the virtual Philippine Sportswriters Association Forum on Tuesday the federation is looking at a minimum of two golds and maximum of four to five gold medals.

Puentevella mentioned Ando, Sarno, Macrohon, Ramos, and Colonia as among the possible gold medalist together with Diaz.

Like Diaz, Macrohon also won gold in the 2019 SEA Games, while Sarno bagged a gold in the Asian Championships in Tashkent, Uzbekistan last year.

“You never know. Si Ramos at Colonia matapang din na mga bata, and with all the training they have at Rizal Memorial, I feel baka suwertihin because I know they also aspire to follow the footsteps of Hidilyn,” said the weightlifting chief in the public sports program presented by San Miguel Corporation, MILO, Philippine Sports Commission, Philippine Olympic Committee, Unilever, Amelie Hotel Manila, and the Philippine Amusement and Gaming Corporation.

Among the men’s, Puentevella is not discounting the chances of Garcia, Tabique, and Colonia.

“Sa lalaki we can pull off surprises because these boys also aspire and dream. And they’re doing well in training,” said Puentevella, adding the country used to win gold medals in men’s weightlifting in the past through the late Jaime Sebastian.

Looming as the biggest threats in the country’s bid are host Vietnam, Indonesia, and comebacking Thailand, which skipped the SEA Games three years ago after volunteering not to take part in the aftermath of the doping controversy that rocked the team.

Vietnam and Indonesia topped the event three years ago with four gold medals each.
Diaz, according to Puentevella, requested to travel to Vietnam at least 10 days before the weightlifting competitions, scheduled May 19 to 22, in order to get acclimatize to the surroundings.

The country’s first ever Olympic gold medal winner will also be bringing along her own team, that includes sports psychologist Karen Trinidad and nutritionist Jeaneth Aro, whose expenses will be paid by Diaz herself.

At the same time, Puentevella disclosed the SEA Games also serves as a tryout for the national team members to the Asian Games in Hangzhou, China in September.