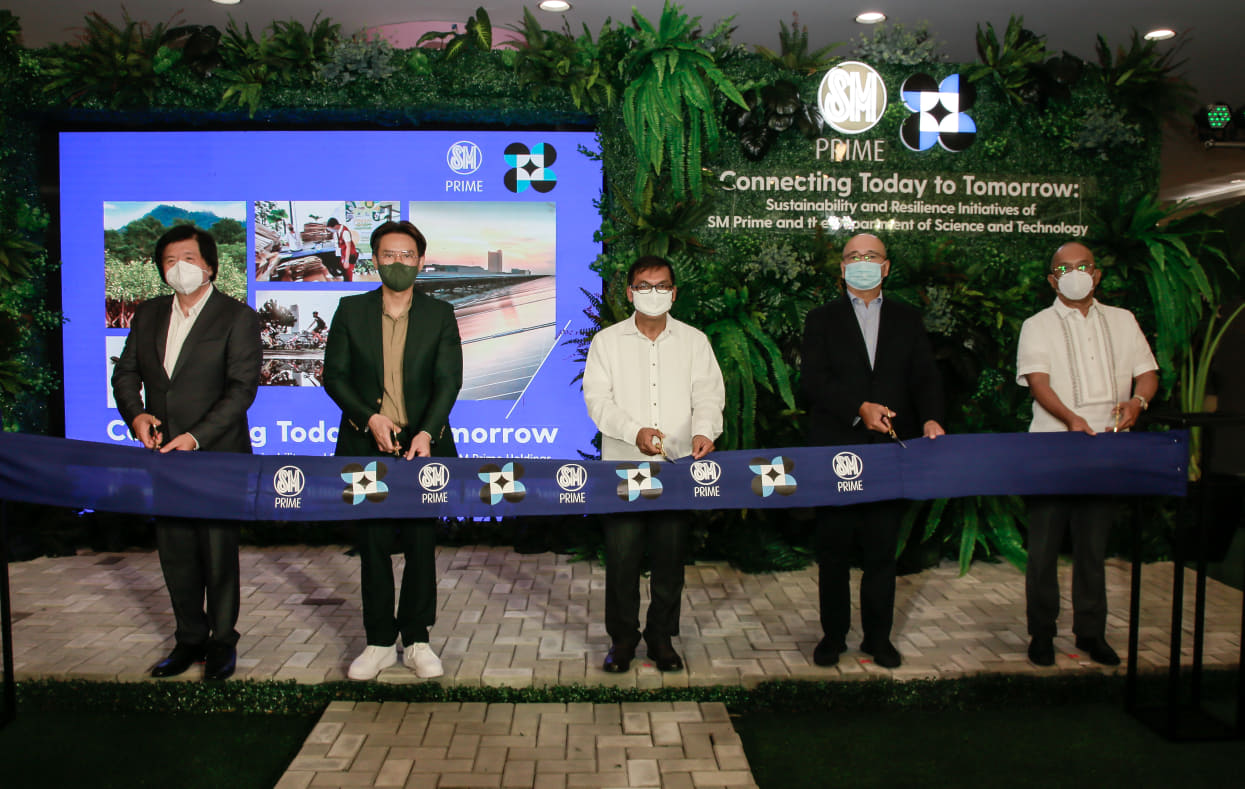 SM PRIME AND DOST HOLD SUSTAINABILITY AND RESILIENCE EXHIBIT. Sharing honors in the ribbon-cutting were (L-R) Mr. Glenn Ang, SVP of SM Prime Holdings, Inc; Mr. Steven Tan, President of SM Supermalls; Dr. Renato Solidum, Jr., Undersecretary of the Department of Science and Technology and OIC of PHIVOLCS; Mr. Jeffrey Lim, President of SM Prime Holdings, Inc; and Dir. Jose Patalinjug III, Regional Director of DOST-NCR during the launch of the multi-mall exhibit on Sustainability and Resilience initiatives of SM Prime Holdings Inc, and DOST last February 24 at SM Mall of Asia. The exhibit were launched simultaneously in SM City Baguio, SM City Bacolod and SM City Davao and it will be open to the public until March 20, 2022.

As part of its commitment to the community and the environment, SM Prime Holdings, Inc. (SM Prime) together with the Department of Science and Technology (DOST) recently launched a series of mall exhibits on sustainability and disaster resilience.

The kick-off event was held last Feb. 24 at SM Mall of Asia. During the event, SM and DOST highlighted numerous initiatives geared toward promoting sustainability and disaster resilience in the country, including those that are in line with addressing climate change.

Through the exhibit, the proponents aim to reiterate the importance of working together in creating solutions to the most pressing environmental concerns of today.

In his message, DOST Undersecretary and PHIVOLCS OIC Dr. Renato Solidum mentioned how Filipinos repeatedly face the risks of natural hazards and the effects of climate change in the country, saying that our story should not be just one of survival, but that of becoming victors over disasters.

For this, continuous education about disaster resilience and sustainability, he said, is a must.

“This project is evidence of the fusion of science and the arts, with the goal of influencing our kababayans to be informed, and to be prepared against disasters,” Dr. Solidum said.

He also said that amid the country’s collective efforts to revitalize the economy, stakeholders also should not forget about preserving the environment.

“As one of the country’s leading and trusted integrated property developers, SM Prime Holdings takes its responsibility to the environment and community seriously. While we underscore the importance of ensuring livelihood, business continuity and economic prosperity, it is equally – if not, more importantly – that efforts to protect the environment are in place,” Mr. Tan said.

The exhibit has launched simultaneously in SM City Baguio, SM City Bacolod and SM City Davao and it will be open to the public until March 20, 2022.

Aside from Mr. Tan and Dr. Solidum, the event was attended by SM Prime President Mr. Jeffrey Lim, SM Prim Senior Vice President Mr. Glenn Ang, and DOST-NCR Regional Director Jose Patalinjug. The event is the first of a series of exhibits scheduled over the coming weeks. After the kick-off event in SM Mall of Asia, the exhibit will travel to several other SM malls nationwide.

To learn more about the exhibit and other activities at SM Supermalls, visit www.smsupermalls.com. 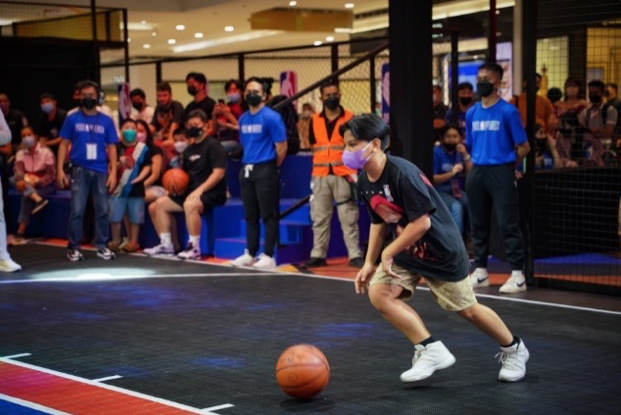 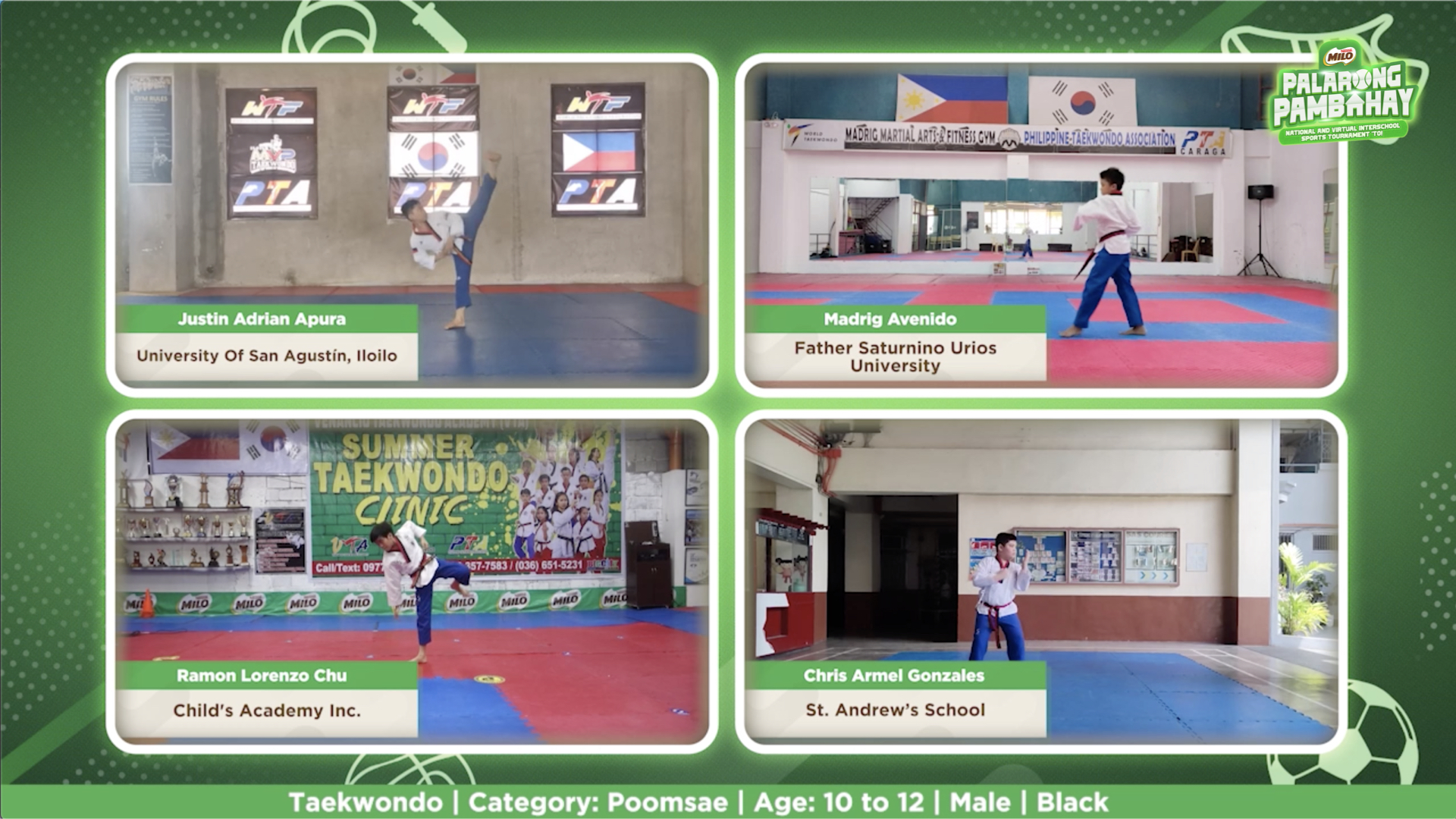