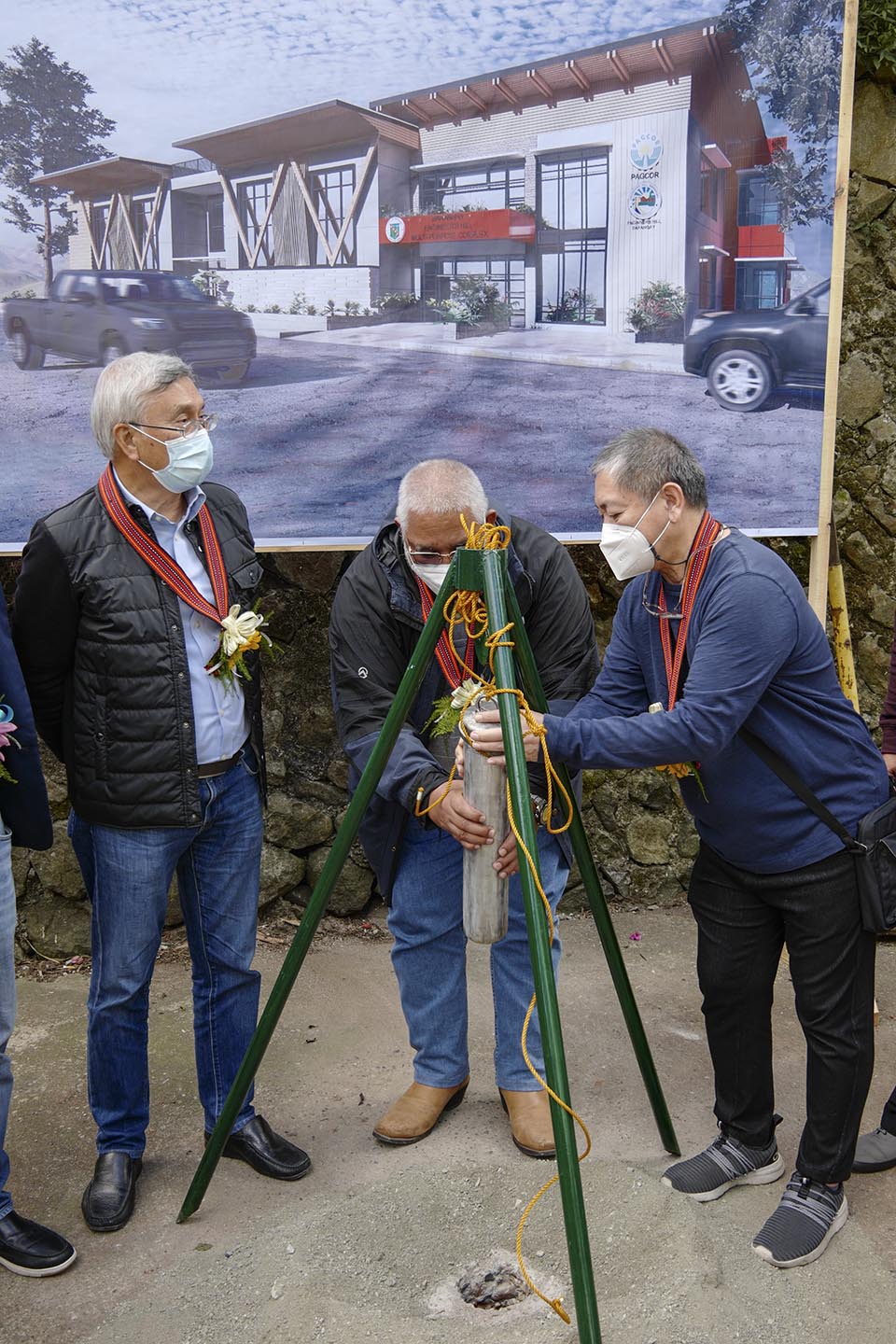 The year 2022 came with a bang for two towns in Benguet after they received P100 million funding from the Philippine Amusement and Gaming Corporation (PAGCOR) for the construction of Multi-Purpose Evacuation Centers (MPECs).

The towns of Buguias and Mankayan, which became the latest beneficiaries of PAGCOR’s MPEC Project, each received P25 million during the project’s groundbreaking ceremonies on January 6, 2022.  The amount represented the first tranche of the P50 million grant for the two-storey MPEC projects which will soon rise in Barangay Bangao, Buguias and Barangay Tabio in Mankayan.

Barangay Captain Linda Tagubasi of Bangao, Buguias expressed her gratitude to PAGCOR because through the MPEC project, their barangay will no longer need to pay rent whenever they need a large space for community activities. Also, they need not worry about lack of temporary shelters for displaced families whenever calamities arrive.

Meanwhile, the local chief executives of Buguias and Mankayan expressed their gratitude to PAGCOR for the MPEC project grant.

“It is a welcome news that we will soon have a P50 million-worth evacuation center in partnership with PAGCOR dito sa aming munisipyo, which is the northernmost part of the province of Benguet. It is a little mindblowing na ganito po kalaki,” said Mankayan Mayor Atty. Frenzel Ayong.

Buguias Mayor Ruben Tinda-an also thanked PAGCOR for making such project possible. “I am very elated that at the start of the year, here comes the approval of PAGCOR sa ganitong kalaking project na makakatulong sa munisipyo namin. We wish to extend our full gratitude to PAGCOR including those who have facilitated this project.

According to PAGCOR Chairman and CEO Andrea Domingo, through its MPEC project, the state-run gaming firm stays committed to its mission of providing calamity-prone communities with safe evacuation shelters. “Despite the challenges in revenue generation due to the ongoing pandemic – and now the new surge in cases which will again have a huge impact on our economic activity, we still hold on to our promise of helping build safe structures for typhoon-prone communities. Our aim is not only to help save lives but also help build sustainable and safe communities,” she explained.

Launched in 2020, PAGCOR has now released a total of of P1.516 billion to kickstart the construction of 66 MPECs nationwide. The amount represents the first tranche or 50% of PAGCOR’s committed funding for the project.

Apart from the MPEC groundbreaking ceremonies in Mankayan and Buguias, PAGCOR also held the groundbreaking of two Barangay Hall Multi-Purpose complexes in Engineer’s Hill and Bayan Park Village in Baguio City on January 7, 2022. The P50 million cheque – with P25 million allocation per barangay complex – was already turned over to the Baguio City government in December 2021 to help rehabilitate the existing structures.